5.3g
Net Carbs
Prep Time: 20 Minutes
Style:American
Cook Time: 45 Minutes
Phase: Phase 2
Difficulty: Difficult
* Any adjustments made to the serving values will only update the ingredients of that recipe and not change the directions.
7.1g 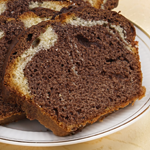